Minimal increase forecasted for this year in Europe's last dictatorship


Is Russia willing to help Belarus? 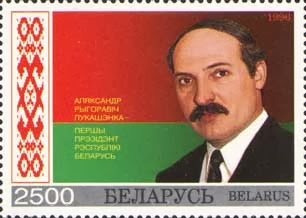 Until recently, Belarussian economy could present a high economic growth rate which, among others, secured the position of president Alexander Lukashenko. But even the official economic forecast for 2014 contains a modest GDP growth number of 3.3% (compared with 8.5% forecast for 2013), while independent experts are more conservative and give forecasts of 1.5-2.5 per cent.


The Belarusian ruble will continue to be devalued, so Belarus faces the possibility of a 2011-like currency crisis.

The potash market scandal, which resulted in low prices and low production to one of the nation's most important governmental enterprises, Belaruskali also contributed to a disastrous GDP growth rate of 0.9 per cent in 2013.  There were also several scandals within the wood industry. The government officials understand the issues and talk about how the key to modernization lies not in more investment, but in better management. However, nobody knows how to motivate the management of state enterprises. There are a couple of companies that are planned to be privatised in the coming year: oil refineries, auto truck producer MAZ, cell company MTS and even some producers of military hardware. Most probably, all these companies will be purchased by Russian corporations.

The only option for Belarus is to keep wages low in order to preserve competitivenesss. However, wages are constantly growing, as Belarusians now can freely migrate to Russia, where wages significantly exceed Belarusian levels and it puts pressure on wages in Belarus. Apart from that, political pressure also remains an important factor against devaluation – Lukashenko promised a certain fixed wage in USD during his election campaign. Real wages grew 17 per cent in January-November, while labour productivity grew only 2.2 per cent in 2013.

Lukashenko is clearly not willing to give up his exclusive power in favour of Russian influence, and he is ready to distance himself from Russia in some extent and emphasize the independence of Belarus. Of course, after Belarus has joined the Customs Union, no one considers seriously  Belarus's independence. But this union also means, that Russia is forced to finance the inefficient Belarusian economy. Lukashenko's ropedancing is not a really risky attraction: Moscow knows, that Lukashenko is the right man for them, and Belarus is in its sphere of influence as long as Lukashenko is in power; and, on the other hand, Lukashenko also knows, that only Russia can secure his power and is realistic enough not to lose Russia's benevolence.

Posted by Beatrix Tölgyesi at 21:56 No comments: