Locals in Kaliningrad dislike the prohibition of import of dairy products from Lithuania, which entered into force in October. They are now protesting on Facebook by changing their profile pictures to photos of Lithuanian cheeses, yogurts and creams. A meeting is also organized on this issue. 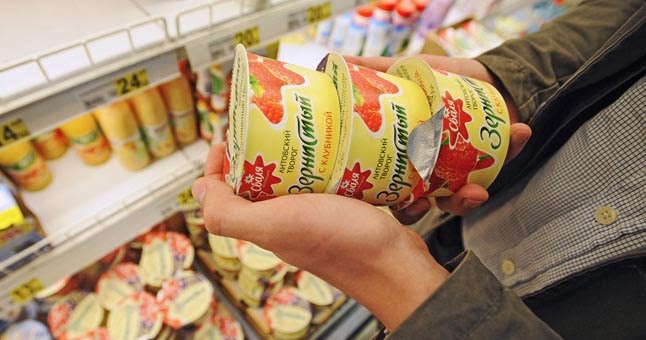 
The restriction was introduced because - according to Russian authorities - the quality of the products concerned does not meet Russian Federation standards. While it does not apply to the whole country, but for specific companies, it practically covers the most important Lithuanian firms that sell their dairy products in Russia. However, this explanation cannot be taken seriously, as the restriction entered into force just before the Vilnius Eastern Partnership Summit in November last year and Russia has used similar measures to put pressure on countries which are considered to belong to Russian sphere of influence: ban on Georgian wine and mineral water after the war with Georgia; or on Moldovan wine also before the Vilnius summit.

This measure hit Kaliningrad especially severely, as the region is not able to produce enough food to sustain itself, including dairy products. Local producers can only satisfy 56% of the dairy product need. The remaining part of the market is covered by products, imported from Poland, Lithuania, Belarus and other parts of Russia. 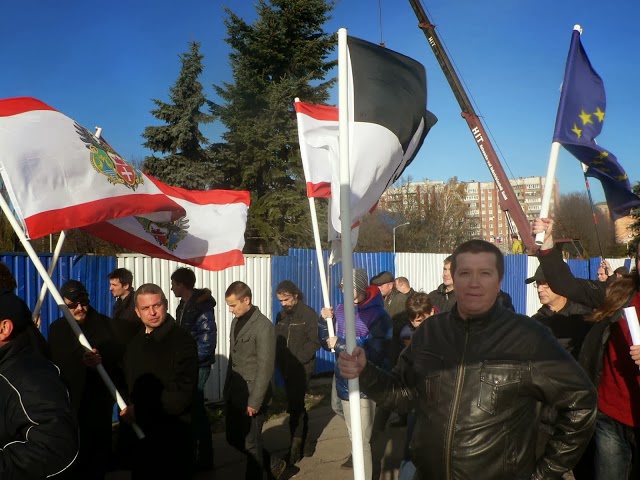 picture from an earlier demonstration of the BRP


The ban can also impede trade and investment from Lithuania, decrease competition and this way contribute to increasing prices. But it is not only about curd and not only about money. Residents of the Kaliningrad Region again have the feeling that they have to suffer because of the political maneuvers of the leaders of the Russian Federation. Their interests were not taken into account. They are already experiencing an inconvenient situation, locked in the exclave, not beeing able to comfortably travel to the rest of Russia and to the EU. They have to pay high prices for goods, imported from the EU - because of the taxes, and for goods, brought in from Russia - because of shipping costs. Perhaps being able to experience Europe (in spite of all the restrictions they face) made them think differently about their identity, their relationhip to Europe and Russia. At least, this was my impression when I was living in Kaliningrad. The Prussian heritage (e. g. the tomb of Immanuel Kant, on the Island of Kant, as it was renamed by the Russian minicipiality a couple of yers ago, the neogothic fortresses) has formed the consciousness of some inhabitants of Kaliningrad, where it is now not uncommon at all to call a bus company or a sports club 'König'. When the veriest Russians wave the flags of East Prussia and Königsberg, it is not difficult to see, that they must be either romantics who feel nostalgia for the past or be somewhat disappointed with Russia. The Baltic Republican Party, which requires autonomy for the Kaliningrad Oblast, could no longer exist as a political party but continues to work as a civil movement. If the region feels ignorance of Russian leadership, it is likely that pro-European sentiments will invigorate. Being a remnant of a world order that ceased to exist a long time ago, this exclave is an inclusion in modern Europe, its existence is somehow absurd, not logical and not practical for any of the sides concerned. It is not sure that the future of Kaliningrad is tied to Russia for all times.

http://www.bbc.co.uk/russian/international/2013/10/131009_kaliningrad_lithuania_dairy_protest.shtml
Posted by Beatrix Tölgyesi at 16:59