Last week, a report of the Lithuanian State Security Department (VSD) on the foreign intelligence activity in Lithuania was presented. The conclusion of the paper is that Russian intelligence agencies are the most active in the country, usually working under diplomatic cover. It is also noted, that the activity of Russian secret services is currently the highest observed after the EU and NATO accession. 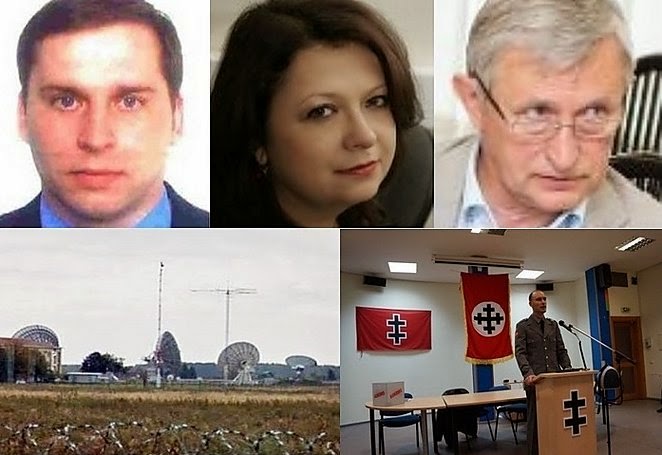 
There are certain cases described in the report about Russian intelligence operations in Lithuania.
The second secretary of the Russian Embassy in Lithuania, GRU (Russian Military Intelligence) officer Valeriy Katula has tried to recruit a high-ranking Lithuanian civil servant in attempt to get some confidential information about the Lithuanian presidency of the council of the EU (events and priorities, association agreements with the Eastern Partnership countries, results of foreign delegations' visits in Lithuania). According to the findings of the report, Katula did not reveal his connection to the military intelligence, he told his contact that the he needs the information to write a report to Russian Foreign Ministry (which, basically, does not make much difference). A financial reward was also promised in exchange for the information.

Russian intelligence operates in Lithuania not only via embassies but also from the territory of the Russian Federation. The officers and agents of Russian security services are working at various institutions: central and local government bodies, media, private and state companies, NGOs.  In their activity, their make use of these institutions' connections with corresponding Lithuanian institutions. Intelligence connections are created during the visits of Russian delegations in Lithuania and Lithuanian delegations in Russia.

Research institutions are an example of such activity. The Russian Institute for Strategic Studies (RISS)  was created in 1992 and according to the report of VSD, closely cooperates with FSB (Federal Security Service of Russia). The Baltic Regional Informational and Analytical Centre, a local subdivision of RISS is headed by SVR (Foreign Intelligence Service) general Gennady Kretinin. In 2013, this institute was attempting to broaden its activity in Lithuania, forging closer ties with Lithuanian research institutions, political research centres and the media. RISS experts are interested in taking part in discussions with members of the Lithuanian academic community and publishing their works on Lithuanian web portals.  RISS organizes conferences and other events in Russia, where they invite Lithuanian political and economic experts, diplomats, politicians. In this way, Russian intelligence collects public and nonpublic information about processes and events in Lithuania, data on Lithuanian politicians, diplomats, political and economic experts; identifies targets for recrutiment and disseminates information which goes against the interests of Lithuania and influences public and experts' opinion in the country.

Lithuanian businessmen working in Russia are said to have been put under pressure to form public opinion in favour of the Kreml.

The report also mentions that Russia aims to make use of the ethnic tensions in Vilnius region (largely populated by Poles and Belarussians). According to VSD, Russia supports the electoral  cooperation of parties created on ethnic basis especially actively. (At the European Parliament elections this year, Polish Electoral Action and Russian Alliance will take part together.)

The Lithuanian secret service also comments on the country's diplomatic scandal which took place last year during the Lithuanian Presidency of the Council of the EU. In July, recordings of two Lithuanian diplomats' phone calls were published on YouTube. The ambasssadors of Lithuania to Azerbaijan and to Hungary were discussing their views on Azerbaijan and Armenia and the upcomig visit of the Lithuanian prime minister to Russia. Both of them have resigned after the incident. Although most Lithuanian public figures already that time have pointed to Russia, VSD now officially confirmed that it was an operation of the Russian intelligence and security services in order to discredit the Lithuanian EU Presidency, the Eastern Partnership programme and to raise tension in Lithuanian domestic politics. The Lithuanian State Security Department has also underlined that Russian secret services have the technical capabilitites to control the inernational phone calls of institutions and persons they are interested in, as part of the international calls of Lithuanian telecommunication service users are transmitted through Russian telecommunication operation networks. Meanwhile, one of the former ambassadors concerned, Renatas Juška claims he has proofs that the original copy of the published recording are stored at VSD. He has called for the clarification of the role of Lithuanian institutions in the case.

The report also notes that Russian secret services are able to observe and controll not only phone calls, but also internet communication in Lithuania, such as e-mail and internet banking services and cybersecurity situation is deterioriating in the country by each year.

Some Parliament deputies object the State Security Depratment that it concentrates on foreign nationals acting in the country and does not pay sufficient attention to disloyal Lithuanian citizens.

The fact that has provoked the most incomprehension in connection with the report is that the persons suspected with intelligence activity are still not exterminated from the country. The Russian Embassy did not want to comment regarding the suspected diplomats. They have confirmed that a person with the surname mentioned (Katula) is working at the embassy, but as they have not received any official information concerning the case, he will continue his work in Vilnius. VSD claims to have taken "preventive measures and stopped his further intelligence activity". Lithuanian foreign affairs minister Linas Linkevičius has stated that the publication of his connection to GRU was a sufficient measure.

The significance of this report is that it reveals the targets and the methods of Russian secret services. These are likely to be the same in many Post-Soviet and former socialist countries in Eastern Europe. Lithuania has become a top target of Russian intelligence in recent years, also called a 'new Vienna', where secret services of several countries used to compete.

Posted by Beatrix Tölgyesi at 17:42