The ribbon of Saint George (Георгиевская лента) - in Soviet times renamed as Guards ribbon - has been a symbol of military merit already in tsarist Russia. After World War II,  in 1943, the medal "For the victory over Germany in the Great Patriotic War 1941-1945" with the Guards ribbon was avarded all the soldiers who have participated in the Eastern Front campaigns. This way, it became a symbol of the victory in WWII and since the 60th anniversary of the Victory Day in 2005, it can be worn not only by veterans and soldiers, but also by civilians. It has since been distributed all over Russia. As pro-Russian activists and the "small green men" in Ukraine wear it, it is now also seen as a symbol of Russian imperialism by Ukrainians sympathetic to Maidan and also in the Baltic countries. It is nicknamed "Colorado beetle" because the stripes are similar to those on the back of a Colorado potato beetle. Lithuanian newspaper Lietuvos rytas writes that Russia is exporting the ribbons to Post-Soviet countries. According to the statistics, in 2007, for example, more than 10 million Saint George ribbons were distributed in the whole world.  The main purpose of this symbol is action is to raise nostalgia for the Soviet empire. 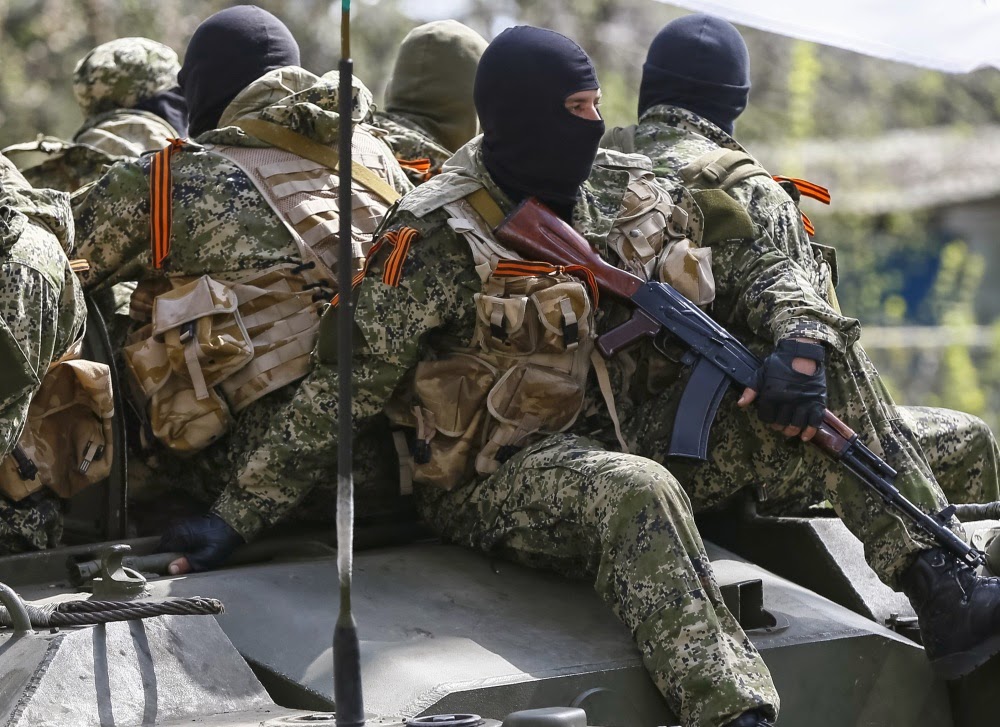 It is thought that people who wear the ribbon want to express their support for the current foreign policy of the Russian Federation. These are mainly Russians, living in former Soviet states. In recent days, there were several incidents connected with the St. George ribbon in Lithuania. For example, well-known businessman and consultant Petras Kovas refused to sit in a taxi decorated with the ribbon of Saint George. When he called the centre of the taxi company asking for a taxi without the ribbon, the dispatcher told him that if he won't take that taxi, no other will be sent for him. 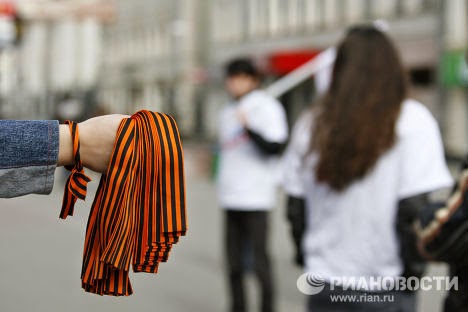 A Lithuanian blogger, Šarūnas Matulevičius (http://sarunasmatulevicius.lt/) has explored the source of Saint George ribbons in Lithuania: they are being distributed from the Russian embassy. The embassy also encourages to bring ribbons also for family members, friends and relatives. Information about where to obtain Saint George ribbons was shared on the Facebook page За правое дело. Русские Литвы, соединайтесь (For the Right Cause. Russians of Lithuania, unite) which is opposed to the Lithuanian state. They have written to have received a lot of questions, where to get Saint George ribbons. Indeed, there is nothing new. Already in 2010, the organizers of the Saint George Ribbon action have officially announced that huge quantities of ribbons have been sent to each Russian embassy and shared out to anyone wishing to have it. It was an extraordinarily succesfull action for spreading Russian soft power - or more exactly, Russian ideology - in the near abroad. As it was initially an anti-Nazi symbol, those who try to oppose it, find themselves in a difficult situation being labeled "Fascists" or "Russophobes", very similary to what has now happened in Ukraine, with all the supporters of the new Ukrainian government.

According to Nerijus Maliukevičius, a lecturer at Vilnius University and specialist of Russian information wars and Gintautas Mažeikis, professor of Vytautas Magnus university, any actions against the use of the ribbons would escalate tension which would be useful for the supporters of Vladimir Putin. Maliukevičius also drew attention to the reaction of Ukrainians whose family has suffered during WWII: instead of the ribbon of Saint George, which has become a symbol of Russian agression against Ukraine, they use the poppy flower as a sign of remembrance.

Meanwhile, another measure, also connected with WWII has provoked outrage in Lithuania. President Putin issued a decree about allocating supplementary benefits to "soldiers who took part in military operations liquidating nationalist underground movements on the territory of Ukraine, Belarus, Lithuania, Latvia and Estonia from 1944 to 1951". Armed resistance against Soviet occipation was most prominent in Lithuania. Special NKVD batalions have uprooted the partisan movement in especially brutal ways.

Posted by Beatrix Tölgyesi at 14:11